Missed it in person? Enjoy online adaptations of National Portrait Gallery exhibitions and collection highlights through our collaboration with Google Arts & Culture, including several exhibitions timed with Women’s History Month. In addition, over 3,800 works of art from the museum's permanent collection can be viewed on the site.

A Deep Dive Into the Portrait of Conservationist Julie Packard
Learn about a leading scientist who works to save the oceans and discover some of the marine life she helps to protect.

Eye to I: Self-Portraits from 1900 to Today
Drawing from the National Portrait Gallery’s vast collection of self-portraits, this exhibition explores and thinks critically about how American artists have chosen to portray themselves over the past century. This online exhibition highlights a selection of objects featured in both the Portrait Gallery’s presentation in Washington, D.C., and in the traveling adaptation.

One Life: Dolores Huerta
Explore the life and legacy of Latina activist Dolores Huerta, who co-founded the farm workers' movement of the 1960s and 1970s with César Chávez

First Ladies
This online exhibition features portraits of the First Ladies of the United States from the Portrait Gallery’s permanent collection.

Votes for Women
This abridged virtual tour of the Portrait Gallery’s acclaimed exhibition, "Votes for Women: A Portrait of Persistence," delves into the history of women’s suffrage as the centennial of the ratification of the 19th amendment approaches.

The Struggle for Justice
In one of multiple views of the museum's galleries available on Google, view portraits of activists and social justice leaders from the Portrait Gallery's collection.

American Origins
"American Origins" is an exhibit displayed in 18 galleries and alcoves chronologically arranged to take the visitor from the days of contact between Native Americans and European explorers through the struggles of independence to the Gilded Age. Major figures such as Pocahontas, Alexander Hamilton, Harriet Beecher Stowe, and Frederick Douglass are among those included in this online highlight tour.

What Does It Mean to Be American? Shimomura Crossing the Delaware.  Artist Roger Shimomura combines American culture and Asian tradition to create a portrait that challenges Asian stereotypes and generates thought-provoking questions about racial and cultural identity.

Immortalized in Medicine and on Canvas: The controversial lifesaving legacy of Henrietta Lacks
A poor Black woman from rural Virginia, Henrietta Lacks saved countless lives - without ever knowing it. She had an immense global impact on medicine, although her controversial story was ignored, hidden, falsified, and left untold for decades 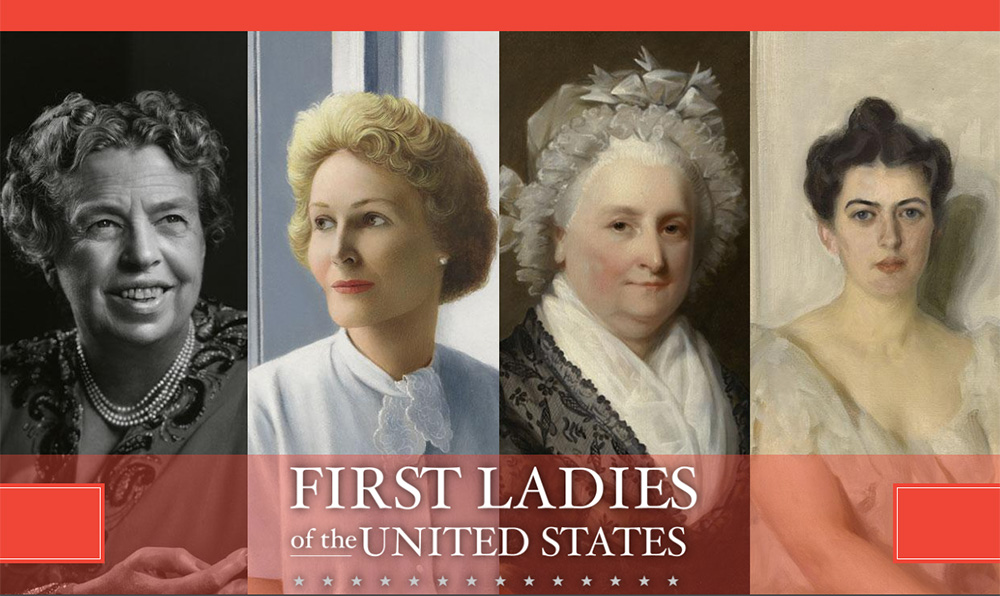 Every Eye is Upon Me: First Ladies of the United States

“Every Eye Is Upon Me: First Ladies of the United States,” is the first major exhibition to explore the historical significance of this prominent position through the mode of portraiture. The exhibition will span nearly 250 years, from Martha Washington to Melania Trump, and will feature more than 60 portraits of the First Ladies, alongside related ephemera including iconic dresses. 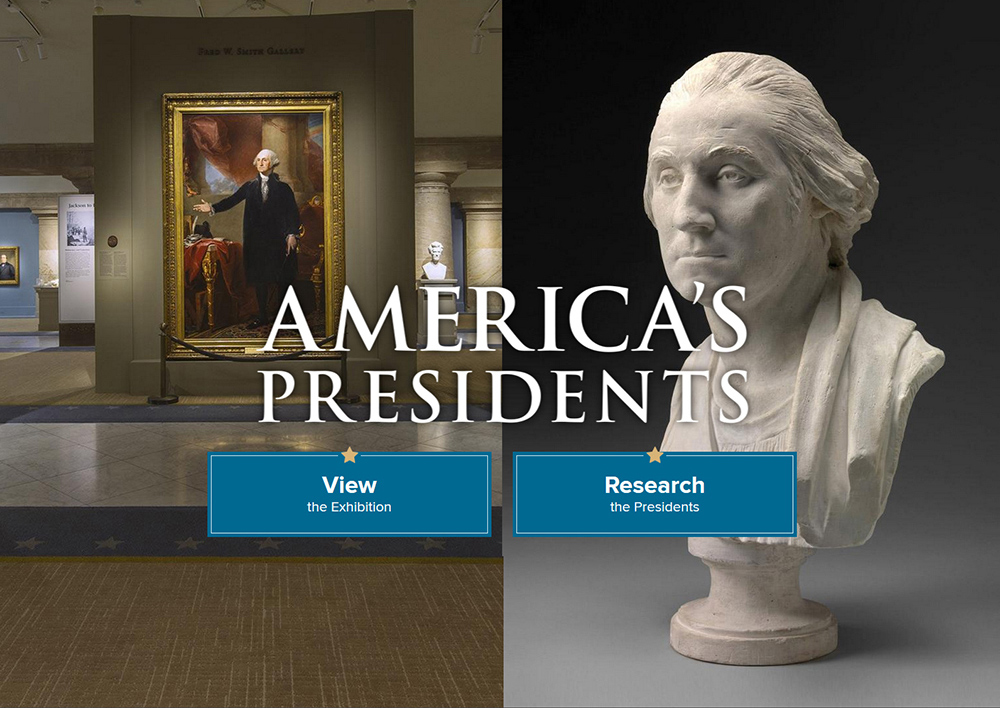 The nation’s only complete collection of presidential portraits outside the White House, this exhibition lies at the heart of the Portrait Gallery’s mission to tell the American story through the individuals who have shaped it.

The National Portrait Gallery has numberous current exhibitions and over 135 past exhibitions available online.  Many of these include complete slideshows of the works that are on view or stand-alone features developed specifically for the exhibition.