The National Portrait Gallery is open to the public Wed - Sun, with timed-entry passes required for all visitors. On-site tours and events are currently suspended and all public programs will be online

Standing Together Against Hate

Even as we try to take in the tragic news of the shooting yesterday in Boulder, Colorado, the Smithsonian Institution mourns the loss of eight people—seven of them women, six of whom were of Asian descent—who were killed last week when a gunman opened fire inside three spas located in Georgia. We extend our condolences and stand in compassion with the families and friends of Daoyou Feng, Delaina Ashley Yaun González, Paul Andre Michels, Xiaojie Tan, Soon Chung Park, Hyun Jung Grant, Suncha Kim, and Yong Ae Yue; and we share in the sorrow and outrage expressed by Asian American community members nationwide. It is clear that this is a tragedy at the confluence of misogyny and racism directed toward Asian and Asian American women.

History is replete with examples of heritage and gender being used as an excuse to dehumanize and isolate people. Asian and Asian American women have long been the victims of objectifying and degrading stereotypes, based on notions of dominance over people, places, and bodies. Such objectification denies them their dignity, their agency, and their humanity, making them particularly vulnerable to acts of violence.

At the Smithsonian, we condemn xenophobia, misogyny, and racial and gendered violence. Reaching for real systemic change, however, requires an unpacking of the entangled systems that perpetuate oppression. To these ends, the Smithsonian collaborates with communities and acknowledges the work of colleagues who are counteracting exploitative narratives and practices, uplifting marginalized voices, and sharing in the work of community care.

Organizations such as the National Asian Pacific American Women's Forum; Red Canary Song, a collective of Asian massage workers; Georgia NAACP; and Asian Americans Advancing Justice—Atlanta are among the many in Georgia grappling very directly with this tragedy. In support of critical work happening at the local level and in keeping with our mission to diffuse and increase knowledge, the Smithsonian offers educational resources and direct learning opportunities that we hope can contribute to deconstructing systemic oppression and affirm the dignity of all people. Through our scholarship, collecting, educational programming, training, and exhibitions, we will continue working to bridge communities and foster understanding and respect. 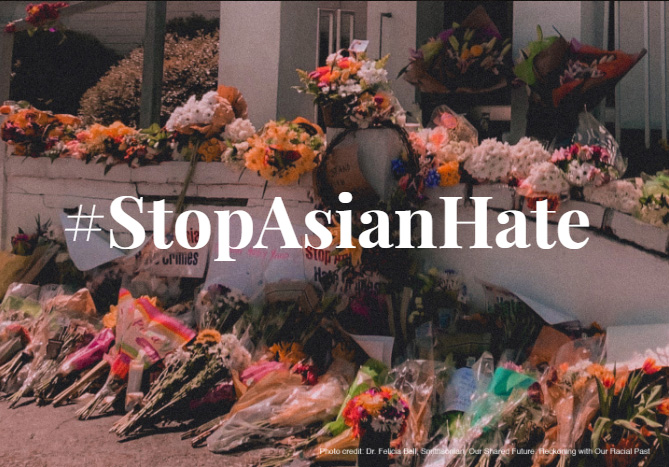